Whether it’s on a logo, company name, artistic statement or poster, typography can completely transform a design, turning it from something everyday into something extraordinary. At its best, typography is an art form in itself, allowing designers to confer meaning, expand on ideas and create entirely new aesthetics.

In some cases, typography becomes so iconic that it takes on a life of its own. Fonts become so instantly recognisable and so evocative they can be used to enhance other designs or even to create an entire brand.

Keep Calm and Carry On

A motivational poster created by the British Government in 1939, Keep Calm and Carry On was largely forgotten until an original copy of the design was rediscovered in the year 2000 by a bookseller in Alnwick, Northumberland.

The font and layout of the poster have now become so iconic that any text displayed in the same format is instantly recognisable as a parody of the original. Though the original campaign in the 1940s was relatively unsuccessful, the design can now be found on t-shirts, mugs, postcards and key rings around the world. 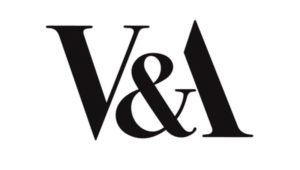 One of the most influential museums in the country, London’s V&A has used typography to great effect in the design of its logo.

Helping to give the museum a contemporary identity, this modern typographic image has helped to make the Victoria and Albert Museum relevant to a whole new generation of
designers. 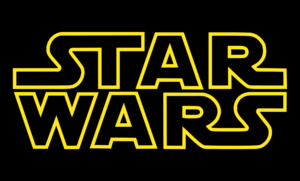 With its plain black background and yellow outlined font, the Star Wars logo is one of the simplest you could come across. However, the logo’s two-tone design has inspired countless copycat images and its impact has been felt throughout the world.

A fantastic example of ‘less is more’, this iconic typographic design will live on in fans’ hearts, and in cinema history, for ever more.

With Coca Cola such a big global brand, it’s no surprise that the company’s logo is one we all recognise instantly.

Though the logo has been subtly updated through the years, it retains the essence of its original design. Coca Cola have capitalised on the iconic status of their logo by offering custom 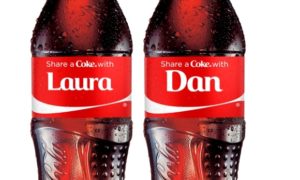 ers personalised bottles complete with their name emblazoned on the front in the historic font.

As well as originality, what all of these iconic examples have in common is simplicity. Allowing the typography to speak for itself, these inspirational designs have created new aesthetics, new identities and new legends.

To find out more about creating outstanding typography, get in touch with a member of the Clockwork Moggy team today.

Carrie is passionate and skilful with all things branding, graphic design and illustration. Carrie has branded products on the shelves of well-known high street shops and theme parks. She loves designing company logos and making sure that your brand is reflected in the right way, to attract the right people. Carrie is also the designer of our Brand Identity Rockstar Workbook, which is for start-ups that need a little guidence if they aren't quite ready to invest in the full process. Carrie even has a few awards under her belt for Creative Business of the year and Kent Women In Business!