The largest social media network in the world and one of the biggest influences on contemporary culture, Facebook is one of the most important innovations of our generation.

From helping people to connect with friends and family to giving businesses the chance to engage with their customers and tailor their products and services to suit their target audience, Facebook has revolutionised the way that we communicate, advertise and socialise.

But how much do you really know about this social media giant? To help you get a better understanding of the site that has saturated our social lives, here are a few interesting things you might not know about Facebook. 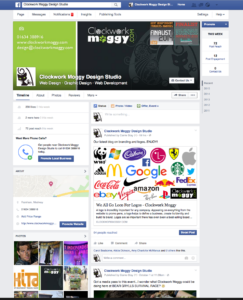 But did you know, the average Facebook user only sees about 10% of their Facebook stories via the Newsfeed.

According to official Facebook information, most users only see 10% of the stories that could appear on their newsfeed every day. These stories are carefully curated from an average of 1500 potential updates a user could see, with each person’s news feed personalised to reflect their interests, closest connections and most popular stories.

Increasing numbers of people are using Facebook as their primary means of online communication, sending messages, sharing photos and keeping in touch with friends and family.

With such a high percentage of the world now on Facebook, the social network’s online dominance seems unassailable. So whether you love it or hate it, this is one online phenomenon that looks like it’s here to stay.
Brands need to take note of the power of Facebook in reaching and engaging with their existing and potential customers. With consumers almost 75%  more likely to buy something based on a Facebook recommendation, it’s important that your social media profiles are saying the right things about you and your brand. Make sure your branding is compelling across all your customer touch points, from your website to your social media skins and not forgetting the important printed parts of your brand toolkit.

Carrie is passionate and skilful with all things branding, graphic design and illustration. Carrie has branded products on the shelves of well-known high street shops and theme parks. She loves designing company logos and making sure that your brand is reflected in the right way, to attract the right people. Carrie is also the designer of our Brand Identity Rockstar Workbook, which is for start-ups that need a little guidence if they aren't quite ready to invest in the full process. Carrie even has a few awards under her belt for Creative Business of the year and Kent Women In Business!